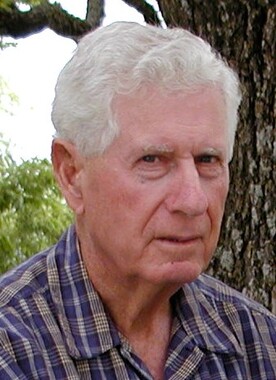 Back to William's story

On Jan. 8, 2020, William N. Wilson, loving husband and father passed away at the age of 93 at his home in Greenville, TX.
Bill was born on Oct. 29, 1926, in Mount Pleasant, Texas to Lee Arlen Wilson and Lois Yates Wilson. Bill was raised in rural Titus County, Texas by his loving maternal grandparents, James and Carrie Yates. He always had fond memories of hunting and fishing with this grandfather who he called Papa. Bill attended Mount Pleasant High School and served in the US Army during World War II in the Philippines.
On May 3, 1957, he married Alice Taylor and they raised their three children in Dallas and Richardson, Texas. Bill was a lifelong member of the southern Baptist church and most recently served as deacon and charter member of Cornerstone Baptist Church in Cumby, TX.
After his retirement from the US postal service in 1976, he and Alice built a home near Cumby, TX and spent nearly 35 years working with cattle, keeping a garden, and serving in the local church.
Bill is preceded in death by: his father, Lee Arlen Wilson (1927); his mother, Lois Yates Wilson Lewis (1985); and his daughter, Laura Lee Wilson (1976).
He is survived by his wife Alice and his two sons, Kerry and his wife Barbara, and by Dale and his wife Candace, and sister Brenda Reno. He is also survived by four grandchildren, Janet Hekkanen, Jeffrey Wilson, Sara Braun and Will Wilson and seven great grandchildren; Alina and Livia Hekkanen, Trigg and Finley Braun, Charlotte Minicucci, Millie and Cooper Wilson.
He is also survived by two step-grand children, Vernon Wilkins and Shelly Portwood and several step-great-grandchildren.
Funeral services will be held by Restland Funeral home in Dallas, TX with Reverend Jim Moore officiating. Donations may be made to the American Cancer Society in lieu of flowers.
Published on January 9, 2020
To plant a tree in memory of William N. Wilson, please visit Tribute Store.

Plant a tree in memory
of William

A place to share condolences and memories.
The guestbook expires on April 08, 2020.

A memorial tree was planted in memory of William N. Wilson.  Plant a tree