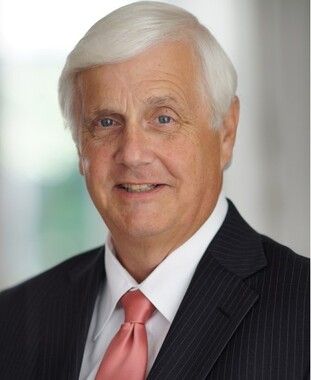 Back to Ronald's story

On Tuesday, Feb. 11, 2020, Ronald B. Hoesterey, loving husband, father of two, and grandfather to two, passed away at age 70 in Greenville, Texas.
Ron was born in Rochester, N.Y. on Jan. 19, 1950, to Kenneth J. and Betty Morrison Hoesterey, who passed away before he was two years old. He grew up in California where he married his high-school sweetheart, Joan M. Burkhart on July 25, 1970. They raised their sons, Sean and Kevin, in Orange County, Calif., then followed their dreams to Greenville, Texas in 2010 to build the Flying Double H Ranch.
Ron is survived by his wife, son Sean and daughter-in-law Melissa, grandchildren Stetson and Calli, brothers Dick, Ken, Paul and Roger, sisters Karla Rogers and Laura Baker, eight nephews, and six nieces.
He was preceded in death by his parents, Ken and Dorothy, and his son, Kevin, beside whom he will rest in eternal peace.
Wherever he lived, Ron served as both a community and business leader, but most importantly, he was a man of strong faith in his Lord Jesus. He became an expert at problem solving, crisis aversion, and resiliency. In California, he served the City of Tustin as city councilman and mayor, owned a manufacturing business, and served as executive director of California Furniture Manufacturers Association. Retiring from those roles when he moved to Texas, he immediately became active in Family Fellowship Church, served on the board of the Texas Farm Bureau of Hunt County, president of CASA for Hunt County and a member of the National Speakers Association.
Ron's passions were family, friends and flying. He took great joy in combining those passions taking others into the skies in his Cessna 182 to appreciate a new perspective.
With his contagious smile and joyful nature, Ron's purpose was to bring excitement, encouragement, perspective, and hope to the people he met. He touched countless lives with his warmth, quick wit, and great storytellingnatural gifts that led him to become a life coach, columnist, radio host, author, and sought-after public speaker. His book "I Did Not Plan That!" continues to inspire others "to make life work when plans don't" sharing his motto for The Greater Journey: "Life is not a problem to be solved it's an adventure to be lived!"
A memorial service will be held Saturday, Feb. 15, 2020 at 2 p.m. at the Family Fellowship Church with Rev. Rick Blue and Rev. Steve Johnson officiating. Services are under the direction of Coker-Mathews Funeral Home. Burial will be held in Santa Ana Cemetery in Santa Ana, Calif. on Feb. 29, 2020.
Memorials may be made to the Family Fellowship Missions Program, 401 Division St., #6050, Greenville, Texas 75401.
Published on February 12, 2020
To send flowers to the family of Ronald Hoesterey, please visit Tribute Store.

Send flowers
in memory of Ronald

A place to share condolences and memories.
The guestbook expires on May 12, 2020.

Sweetest Sunrise Bouquet was purchased for the family of Ronald Hoesterey by Melissa Clanton and family.  Send flowers