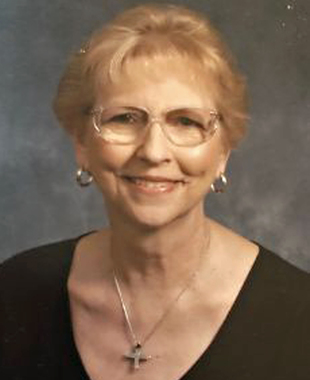 Back to Paula Ruth (Boose)'s story

Paula Ruth (Boose) Backus, age 82, went home to be with her Lord and Savior at her home in Greenville on March 21, 2020. She was born in Greenville, Texas on Aug. 14, 1937, to Claude and Ruth (Baxter) Boose.
She graduated from Greenville High School with the class of 1955 and married Henry Ray Backus at home in Greenville on July 19, 1955.
She was a homemaker until her children were in school. She worked when she could, as she and Henry moved from Garland, Texas to San Jose, California to Nashville, Tennessee to New Orleans, Louisiana to Atlanta, Georgia to Houston, Texas to Austin, Texas, and then back to Greenville pre-retirement. The job where she had the most fun was at station WSM in Nashville, Tennessee, where she worked on Sunday afternoons, taping shows with many of the famous country and western singers of the mid-60's. She went back to school and earned her Associate's Degree in Science from DeKalb Community College in 1973, and obtained her certification as a Registered Nurse for the State of Georgia in 1974. She then obtained her Bachelor of Science in Nursing from the University of Texas Health Science Center at Houston in 1981.
Paula's service as a Registered Nurse was initially in the area of the elderly and the physically and mentally challenged. Her career was devoted to helping those who could not help themselves. She worked at the Emory hospital in Atlanta, Georgia, and then at the Richmond State School in Texas until she went to work for the Texas Department of Health as the RN for a team of Long-Term Care Investigators.
Upon her retirement in Greenville, she became a volunteer for the St. Paul's School, Raffa Clinic, FISH Ministries, and Hands of Compassion.
Paula accepted Jesus Christ as her Savior as a young teen growing up in First Baptist Church in Greenville. However, she became a faithful member of the Episcopal Church in New Orleans in 1965 and served her church family in each community in which she lived thereafter. She was a current member of St Paul's Episcopal Church in Greenville, Texas, where she served in various lay areas of ministry. She loved being a member of the Daughters of the King and cherished those that were with her. A long time colleague said recently that "Paula had the respect and admiration of anyone who had the privilege of knowing her."
Paula was preceded in death by her parents, her sister Shirley Boose McCollam and her ex-husband, Henry Ray Backus.
She is survived by daughters Leslie Killgore and husband Phillip of Greenville and Brenda Parsell and husband Mike of Sugar Hill, Georgia as well as grandchildren Ethan Killgore of Dallas, Will Rush and wife Johna of Folkston, Georgia, Joseph Killgore and wife Christina of Greenville and Guy Rush of Dawsonville, Georgia- AND her precious great grandchildren (who she loved the most) Bing Rush, Eli, Lincoln and Carter Killgore plus Baby Kate Killgore due in July. She is also survived by her brother John Boose and wife, Debbie, brother in law David M. McCollam and nephew David B. McCollam as well as several cousins.
Honorary pallbearers will be Greg Richards, Tommy Campbell, Jeff Faunce, Rod Mizell, Jeremy Smith and Jon Cox.
There will be an abbreviated visitation on Tuesday, March 24, 2020, from 6 to 8 p.m. at Coker Mathews Funeral Home in Greenville. It is requested that the size of the gathering is limited at the visitation due to concerns regarding the current health crisis. Feel free to come and pay your respects but limit your contact with others as per recommended guidelines from the CDC. The funeral service will be private, with immediate family only and graveside at Memoryland on Wednesday, March 25, 2020 under the direction of Coker-Mathews Funeral Home.
In lieu of flowers, the family requests that donations be made to Raffa Clinic, Fish Ministries and Hands of Compassion.
Published on March 23, 2020
To send flowers to the family of Paula Ruth (Boose) Backus, please visit Tribute Store.

A place to share condolences and memories.
The guestbook expires on June 21, 2020.

Mary Kay Wilson
Although Paula and I shared a birthday, Paula was far the better Leo. Paula was artistic, athletic, and one of the sweetest people there ever was. If I had to describe Paula in one word, that word would be "compassionate."

Paula and I knew each other in Girl Scouts and at First Baptist Church.

A mighty Lion spirit has passed.
Roy Lee Smalley
When we moved to Greenville from the Webb Hill area when I was about 8 years old, as a neighbor close to them I walked by their house near Manley Grocery ever day....at least. The Boose family was always friendly and I had a special place in my heart for the sisters. I was a runt and there they were, tall and beautiful and full of grace. Paula was a good soul and we all are lessened by this loss. My condolences to the family.
Ethan Killgore
She was a light, an advocate, a missionary, and the best Granny you could ask for. Always take the chance to do something crazy, something spontaneous, and travel together. The two of us spent a week in London together and I’ll never forget hustling to the South Kensington tube station, worried Granny was lost behind me. I turned around, and out she whipped her collapsible cane from her purse like a boss and kept up right beside me. I’ll treasure that memory forever. ❤️ 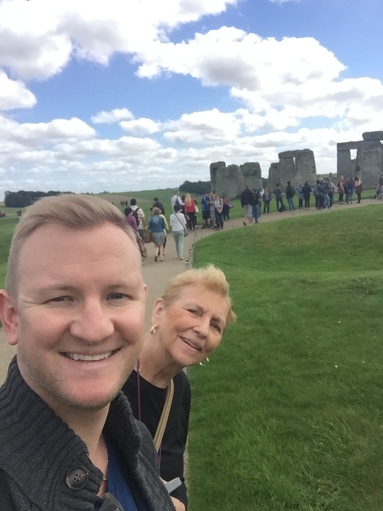 Toni Prachick
Paula will be missed greatly. She was always nice and kind, I will certainly miss her.
Barbara Reilley
Paula was my dearest friend for 46 years. We shared our joys and sorrows through those years. Paula had a wonderful sense of humor to the delight of others. She was devoted to helping others, especially those most in need ; the mentally, physically, and developmentally disabled. She will be sorely missed. The depths of my grief cannot be measured. My love to Leslie and Brenda.
Don and June Williams
Don and I have known Paula for many years and we both considered her one of the kindest and most considerate people we had ever known. Doing for others was always her priority. Don had the privilege of working closely with Paula at Richmond State School and the considered her one of the top professionals he ever worked with. During our 3 yrs in Greenville we were able to reconnect with her and treasure the opportunities we had to spend time with our dear friend. She was so proud of her family and enjoyed her volunteer work in the community.
Wanda and John Cole
We've lost a beautiful soul in Paula...always so kind...deepest condolences to her precious girls and their extended families...Godspeed Ms. Paula.
Carl and Patsy Wilcox
Our condolences to you and your family on the passing of your mother. May our friendship and prayers ease you through this difficult time.
Jerry and Linda Liston

So sorry for your loss especially in these desperate times we are living in at the moment. Sending prayers for you and your family.

Leslie England
I just saw her recently and we prayed together. She didn't seem interested in prayers for healing but rather, wanted the Lord to use her life to draw others to Himself. She was just as full of grace and kindness in sickness as she was in days gone by in health. I adored her. She will be so missed at Hands of Compassion and in life. May the Lord bless her precious family with His comfort.
Janeen and Glen Cunningham
We are so sorry for your loss. We will always remember her as a beautiful lady who spread sunshine wherever she went.
View all 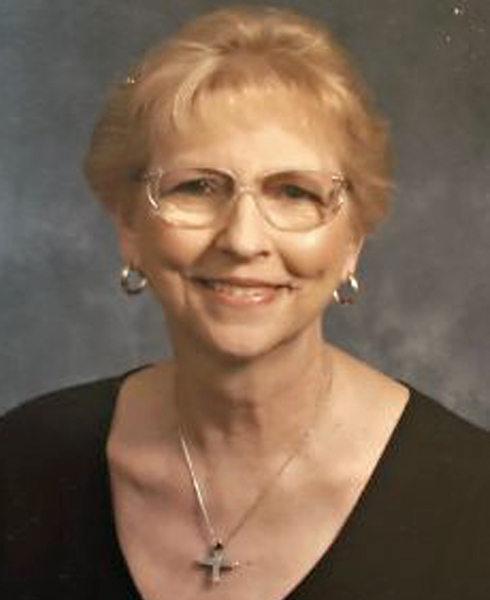