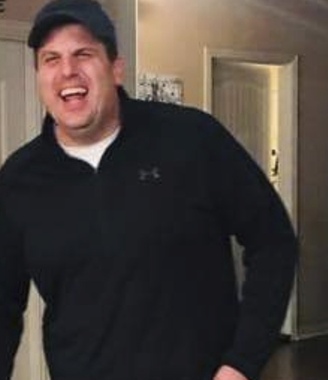 Back to Justin's story

Family and friends are mourning the loss of Justin McDaniel Acker on Dec. 9, 2019 at his home in Combine, Texas. He was born in Greenville, Texas on Nov. 6, 1977 to Glenn Acker and Linda Acker. He graduated from Joshua High School and Dallas Baptist University with a B.S. degree and later with his M.B.A. in Accounting. He was employed by Larson Electronics as an accountant.
He married Catherine Garrett and together they were blessed with two children, Abigail Hope Acker and Seth Garrett Acker.
Leaving behind to cherish his memory are his wife Catherine, daughter Abigail, and son Seth; parents Glenn and Linda Acker; brothers Wesley, his wife Penney and Nick, and his wife Beka; his grandmother, Jackie Boswell; parents-in-law Charles and Ruth Garrett; as well as many cousins, uncles, aunts, nieces and nephews.
He is preceded in death by his grandparents, Bosie Boswell, A.C. and Cleo Acker, and his cousin, Rusty Dobbs.
Justin had a deep love for his family and fierce loyalty to them. He was a lover of Jesus and served his church in the Upwards Sports program and RA program.
Funeral service will be 11 a.m., Friday, Dec. 13, 2019 at First Baptist Church in Forney. Justin's family will receive friends 10-11 a.m. Interment will follow at 2 p.m. at Memoryland Memorial Park in Greenville, Texas under the direction of Rev. Nick Acker.
Pallbearers will be nephews Peyton Arnold and Kadin Acker, niece Kaitlyn Acker, cousins Marc Boswell, Matt Boswell, Jeff Dobbs, and Marc Simpson.
Honorary pallbearers will be Jacob Dobbs, Emily Dobbs, Jayci Dobbs and Blake Acker.
In lieu of flowers, donations may be made to Zephyr Baptist Encampment where he, his brothers, and grandparents served for many years, www.campzephyr.org/donate.
Published on December 11, 2019
To plant a tree in memory of Justin McDaniel Acker, please visit Tribute Store.

Plant a tree in memory
of Justin

Rom and Carla Speer
Dear Glen and Linda,
Our thoughts and prayers are with you and your family at this difficult time. Words cannot even begin to express our sorrow.
With our deepest sympathy, Ron and Carla Speer
D'Anna (Harrison) Freeman
My heart is breaking for you. I'm so sorry I didn't see this in time to go to the service this morning. Catherine, I have such fond memories of you as my "little sister" in 1983 when I lived with your family. We'll be praying for you and your children and all of the family who are grieving now.
Marie Williams
With deepest sympathy as you remember Justin, I pray that God will overwhelm you with His love and all the wonderful memories of Justin.
Barbara Holloway
Justin was my second cousin, have not seen him in while, but I know he was loved and had a loving family who loved God. He will be missed by all! Prayers for entire family.
Tribute Store

Jack and Carol Welch
Please accept our sincere condolences. I enjoyed getting to know Justin. He was a fine man.
Jim Burcham
Glen and Linda, our hearts are so sad for you loss. I know your faith is strong and that you will make it through this very difficult time. Know that your friends and loved ones are thinking an praying for you. We are right there with you in spirit and love.
Your Family at Larson Electronics

Bright and Beautiful Spray was purchased for the family of Justin McDaniel Acker by Your Family at Larson Electronics.  Send flowers

Marc Freeman
I will always remember growing up as kids playing in the ditches full of water, putting ham on the end of a string to catch crawdads. Scaring your youger brother Nick and watching him run. Running around the bases to get warmed up for the Green tigers first home game. Building wood log camps on my driveway days after my dad freshly cut them. Having the excitement calling you to say I'm getting married and having you as my best man. And most of all you being there to support me when our baby girl left this Earth to be with the Lord. So this all said, bubba I love you, and miss you. You will always be my brother. Tami Prock
I did not have the pleasure of knowing you for very long, but you were always kind and encouraging. We miss you, but know that you are having a wonderful reunion with your cousin and others that have gone before you.
Debbie Brown Berger

My condolences to the family in the loss of Justin. My heart aches for you all. Praying you will find strength and comfort in the arms of God.