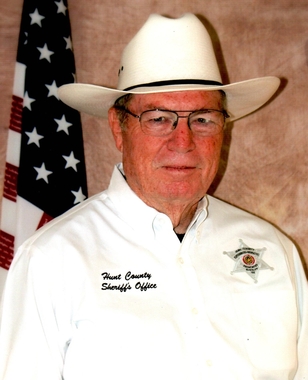 Back to Jerry's story

Jerry Dale Stevens, 67, of Greenville, a loving husband, father, grandfather and brother, passed away on January 9, 2020 in Greenville. Funeral services will be 2:00 P.M., Monday, January 13, 2020 at Lone Oak Assembly of God with Rev. Sam Calk officiating. Burial will be in Weiland Cemetery. Visitation will be 12:00 P.M. until service time.
Mr. Stevens was born on April 18, 1952 in Lubbock, Texas to Charles and Lucy Lynch Stevens. He married Helen Warren in Eureka Springs, Arkansas on January 16, 1987. He retired from L-3 Communications and the Hunt County Sheriffs Department. He was a member of Lone Oak Assembly of God and served many years on the Weiland Cemetery Board.
He is survived by his wife, Helen Stevens of Greenville; son, Robby Dale Stevens and wife, Juana of Crandall; sister, Gail McDaniel and husband, Tim of Quinlan; grandchildren, Abigail Hernandez, Robin Bicer, Elizabeth Stevens, Gabriela Stevens; great-grandchild, Joannie Bicer and nephew, Drew McDaniel and wife, Tyler.
He was preceded in death by his parents, brothers, C.A. Stevens and Howard Stevens and nephew, Timmy McDaniel.
Pallbearers will be Roy Levey, Chad Stroud, Scott York, John Robinson, Randy Meeks and Lee Grenniger.
Published on January 9, 2020
To send flowers to the family of Jerry Dale Stevens, please visit Tribute Store.

Send flowers
in memory of Jerry

A place to share condolences and memories.
The guestbook expires on April 08, 2020.

Mary and Charlie Smith
Helen, we are so sorry to hear about Jerry. He was such a dear person to both Charlie and I. We will keep you and your family in our prayers.
Donna Dressel
I am so sorry. He was such a great man with a heart of gold. He will be missed.
Dawn Rojo
Will be missed by many. A Great man with a wonderful Soul.
Albert & Janice Locke
He will always be in our memories. Prayer to your family.
Belinda (Stevens) Johnson
Gail, Helen and family my heart goes out to you all. You are in my thoughts and prayers.
love always,
Belinda
Jim Majors

Judy weatherly
You will be so missed at legends. You always gave us hugs and big smiles on our faces. Love you cowboy.
Dixon Club Lake

America the Beautiful was purchased for the family of Jerry Dale Stevens by Dixon Club Lake.  Send flowers

Kelly Dougan
Oh Helen, I am so sorry. You are in my thoughts. We still talk about Jerry to this day. I will always remember our time working at Trail Ridge together. He brought such an amazing energy to Xanterra and I am so glad I got the chance to work with him. He will be deeply missed. The world has lost a kind and wonderful man.
Rose stall
I'm sorry for your loss. I will miss him very much.
Neva Adcock Wesson
Helen, my heart, my love and my prayers are with you.
Jerry was a fine man with a heart of gold. I love you.
View all