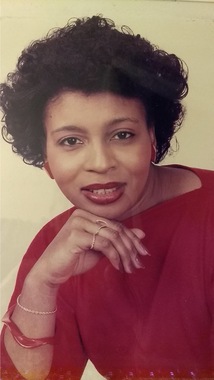 Jerline Rhoden, of Conyers, Georgia, formerly of Neylandville, passed away November 30, 2019 in Georgia. Funeral services will be held at New Jerusalem Baptist Church at 11 a.m. on Dec. 14. Rev. J.P. Brown will be the eulogist, Rev. Frederick Thompson the officiant and Rev. Eric Brown the host pastor.
Jerline was born in Greenville, Texas on Oct. 31, 1952 to Barnie and Mary Ella Green Rhoden. She was an IT Manager with AT&T and a member of New Birth Missionary Baptist Church in Lithonia, Georgia.
She is survived by brothers Otha Rhoden and his wife Donna; Glen W. Rhoden; sister Bonnie L. Buchanan and husband Herbie, Sr.; one grandchild and a host of nieces, nephews, cousins and friends.
Jerline was preceded in death by her parents; son Bernard Rhoden; sister Maggie Cole; two brothers; Jay Cee and Willie Harvey Rhoden.
There will be no public viewing.
Services entrusted to Cozine & Tarver Funeral Home.
Published on December 11, 2019
To plant a tree in memory of Jerline Rhoden, please visit Tribute Store.

Plant a tree in memory
of Jerline