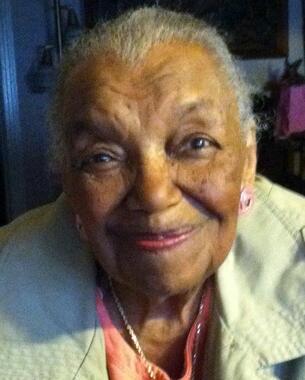 Back to Goldie's story

Goldie Faye Manning Fitzpatrick passed away peacefully on Wednesday, March 18, 2020 at the age of 95. Goldie was born in Palestine, Texas to William L. and Annie Manning. She was a graduate of Lincoln High School in Palestine and attended Mary Allen College in Crockett, TX.
To mention Goldie, is to also mention the love of her life, Dewey Fitzpatrick. They were married for 71 years had seven children, sixteen grandchildren and four great-grandchildren. Goldie and Dewey were committed Christians and faithful members of St. William the Confessor Catholic Parish since the early 1950's.
Goldie will always be revered as "Momma" to many and will be remembered for her loving and welcoming home filled with wonderful baked sweets, warms hugs and pictures to last a lifetime. Goldie was the ever-dutiful parent, the PTA mom, the Den mother and even more for each child! Dewey and Goldie always valued the importance of higher education ensuring that each of their seven children had the opportunity to earn undergraduate and graduate degrees. She was often lovingly addressed by many names, including Momma Goldie, Grandma, Aunt Goldie, "Goldiggers" and "Sugar". With equal ease, she could engage you in a one-to-one conversation or host 25+ people in her home with little to no notice.
Goldie was a longtime resident of Greenville, TX in which she was co-owner (and behind-the-scenes CEO) with her husband of the Spare Rib Barbecue Pit, a time-honored, award winning, nationally recognized tradition in the Greenville community for 53 years.
Goldie was an active member of many organizations including the United Way of Greenville, NAACP, League of Women Voters, Women's Guild-St. Williams Parish, the Interfaith Women's Council, the Greenville Entertainment Series and supporter of the Dallas Symphony Concert Series in Greenville, TX.
Goldie is survived by:
Children: Anne Haynes, Linda Fitzpatrick, Frances Fitzpatrick, Janice Brodie (Lyman), Rosalie Dennis (Jerry), Manette Bracy and Robert Fitzpatrick (Andrea).
Grandchildren: Abner Haynes Jr., David Haynes, Kenneth Fitzpatrick (Angela), Dewey Fitzpatrick IV, John Fitzpatrick Jr. (Lauri), Farah Fitzpatrick, Erin Fitzpatrick, Annette Lovelace (Jabulani), Valerie Brodie, Jerri Garrett (Tommy), Jessica Dennis, Amira Fitzpatrick, Robert Fitzpatrick II, Anaise Fitzpatrick, Abrielle Fitzpatrick and Addison Fitzpatrick.
Great-Grandchildren: Joshua Haynes, Montana Courts, Maddie Fitzpatrick, Jaevri Garrett.
Brother-in-law: Phelton Fitzpatrick
And a host of cousins, nieces, nephews, and friends who are precious family members whom she held close to her heart.
Goldie was preceded in death by her loving husband, Dewey Fitzpatrick Jr.; sons Dewey Fitzpatrick III and John D. Fitzpatrick Sr.; her parents, William L. and Annie Manning; granddaughter Katherine Dennis; son-in-law Charles R. Bracy; sisters Ruth Jones (Paris), Verma Sanders (Robert), Mildred Lyons (Maurice); brother William L. Manning Jr. (Earnestine); in-laws Lillian Fitzpatrick, John A. Fitzpatrick (Myrtle), David Fitzpatrick (Myrtie), Earc Fitzpatrick Hodge (Louis), Robert Alexine Lowe (George); and nephew Maurice A. Lyons.
Due to the COVID-19 Pandemic, the "Shelter-In-Place" protocol for Hunt County and the Catholic Diocese of Dallas prohibits a physical funeral gathering at any church, so there will be no funeral mass at this time. The family is planning to have a memorial service at a later date.
The family understands that due to the COVID-19 virus restrictions, home visits and other traditional condolence expressions cannot be shared at this time but appreciate online messages, posts and texts. To leave a message or comment for the family, please visit https://www.cozineandtarverfh.com/obituary/goldie-fitzpatrick.
Arrangements are being handled by Cozine & Tarver Funeral Home * 1608 King Street * Greenville, TX 75401 * 903-455-5330.
Published on March 26, 2020
To send flowers to the family of Goldie Fitzpatrick, please visit Tribute Store.

Send flowers
in memory of Goldie

A place to share condolences and memories.
The guestbook expires on June 24, 2020.

Sharon & George Kroncke
We are so saddened by the passing of sweet Goldie. But we also rejoice in the beautiful and amazing woman she was. All of you are her legacy...and how she loved you all. I first met Goldie at St Williams in 1978 and each Sunday learned what everyone was up to.
George & I have such wonderful memories of both Goldie & Dewey. May the treasured memories that you have and share with each other now, help to bring each of you peace and comfort as you begin to put your broken hearts together again. Oh my, your daddy must have be so glad to have her back and to be together with again...I can almost hear the sounds of their rich laughter.
Holding all in our hearts and prayers...
Dodi ( Dorothy) Macias Lasovich

Rosalie and to the rest of the family:
The L-rd has prepared a beautiful room for Goldie. She and Dewey are together in their beautiful room.
I will always hold a special memory of them in my heart.
May her memory be for a blessing.

Debra Lewis
I worked for Hunt County, and one day she came in with some questions. So soft spoken, she left, and came back after lunch, with me a fresh apple cake, and told me to take it home, and you talk about good..she was a sweetie!!@ Rest in Peace sweer friend!!!
Eva & Bryant Richards
Our sincere sympathy & condolences to the family. Our friend will definitely be missed; and especially on our (BR's) shared birthday.
God is our refuge & strength, a very present help in trouble. To everything there is a season, & a time to every purpose under the heaven. A time to be born & a time to die. It was her time.
View all 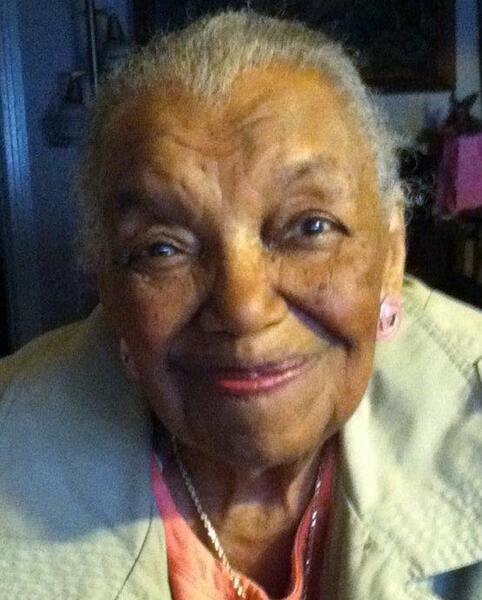