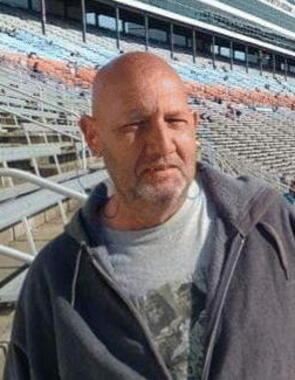 Back to Chris's story

Chris Woods age 51 of Quitman, Texas passed away on Monday, February 10, 2020 in Tyler, Texas. James Christopher Woods was born in Tyler on May 17, 1968 to Roger Franklin and Linda Kathryn (Dopson) Woods. Chris grew up in Hawkins and has lived in Quitman for the last several years. He worked for Brookshire's Grocery Company.
Chris was preceded in death by his mother. He is survived by his father, Roger Woods, of Quitman; sister Terri and her husband Earnest Boyd of Hawkins; brother, Robert and his wife Marla Woods of Greenville; nieces, Haley Boyd, Alli Boyd, Makayla Woods, and Emma Woods.
The family will receive friends on Wednesday, February 12, 2020 from 6pm until 8pm at the Lowe Funeral Home Chapel in Quitman. Funeral services will be held on Thursday, February 13, 200, at 2pm in the Lowe Funeral Home Chapel. Burial will follow at the Boyd Family Cemetery in Hawkins.
Published on February 11, 2020
To send flowers to the family of Chris Woods, please visit Tribute Store.

Send flowers
in memory of Chris

A place to share condolences and memories.
The guestbook expires on May 11, 2020.